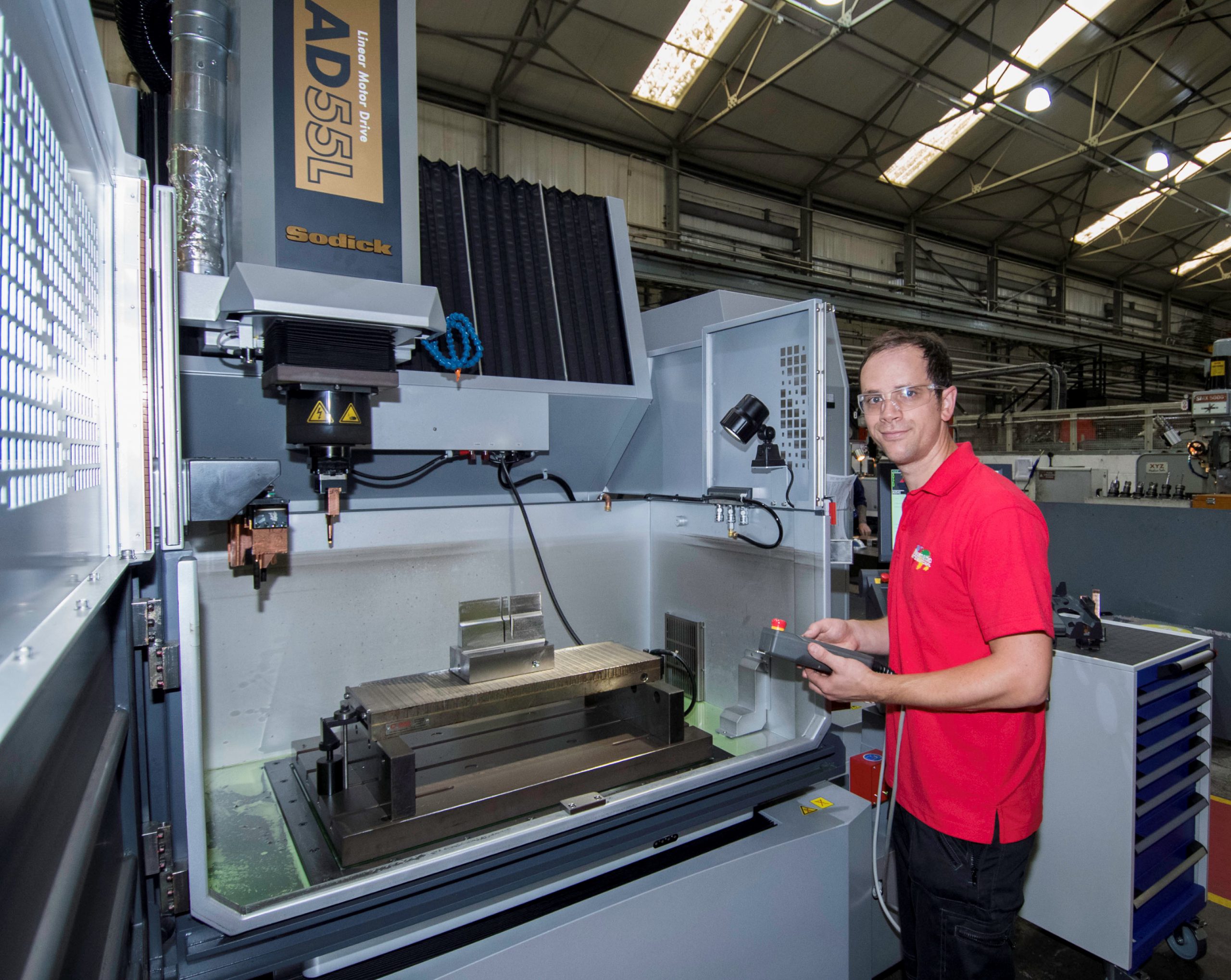 The toolroom at one of the world’s leading manufacturers of domestic, commercial and industrial cleaning equipment has received a boost in capability with the arrival of a Sodick AD55L CNC spark-erosion machine from Sodi-Tech EDM. Numatic International Ltd, manufacturer of the world-famous Henry vacuum cleaner, says its new Sodick AD55L CNC die-sink EDM has enhanced the site’s mould-tool repair, maintenance and modification services.

Formed in 1969, Numatic employs approximately 1000 people at its Chard facility. The factory produces the instantly recognisable Henry vacuum cleaner, some 11 million of which have been sold since its introduction in 1981. Numatic also produces a wide range of other domestic vacuum cleaners, as well as professional vacuums for commercial, industrial and hazardous areas.

With so many of its products comprising plastic components, Numatic operates its own mould shop. Supporting the mould shop is a toolroom facility, which has the task of repairing, modifying and maintaining around 2000 different mould tools, ranging in weight from 100 kg to 15 tons.

“Obviously some tools become obsolete over the course of time, but these are usually countered by new arrivals – we’re expecting 96 new mould tools this year, for example,” explains Toolroom Supervisor Scott Connett. “Addressing issues such as tooling modifications and general wear and tear, are the most common tasks for our toolroom team.”

The mould shop has around 40 injection moulding machines, varying from 40 to 1400 tons in capacity, which use tools made from materials that include 2311 mould steel, P20 high-tensile tool steel and copper beryllium. To keep pace with requirements, Numatic makes regular investments in its toolroom capabilities, with EDM the latest process to receive attention.

Numatic’s existing manual spark-erosion capacity was coming up to 20 years old and the gap in capabilities, compared with a new CNC machine, was plain to see.“We looked at various spark eroders, but for us it was more about service and support,” says Mr Connett. So, even though the AD55L was our first Sodick, we chose it because Sodi-Tech EDM came top of our assessments in terms of aftersales service.”

“Even our most recently appointed apprentice, who had no previous EDM experience, quickly learnt how to use the Sodick,” says Mr Connett. “This is more impressive when considering that all of our work in the toolroom is 1 off parts. Importantly, our team – and the AD55L – seem to handle everything that comes up. We’ve certainly noticed the difference since it was installed. With our previous manual machine we would need three or four electrodes to achieve our desired end result, whereas on the Sodick we just use a roughing and finishing electrode. As you would expect, the machine is also much quicker.”