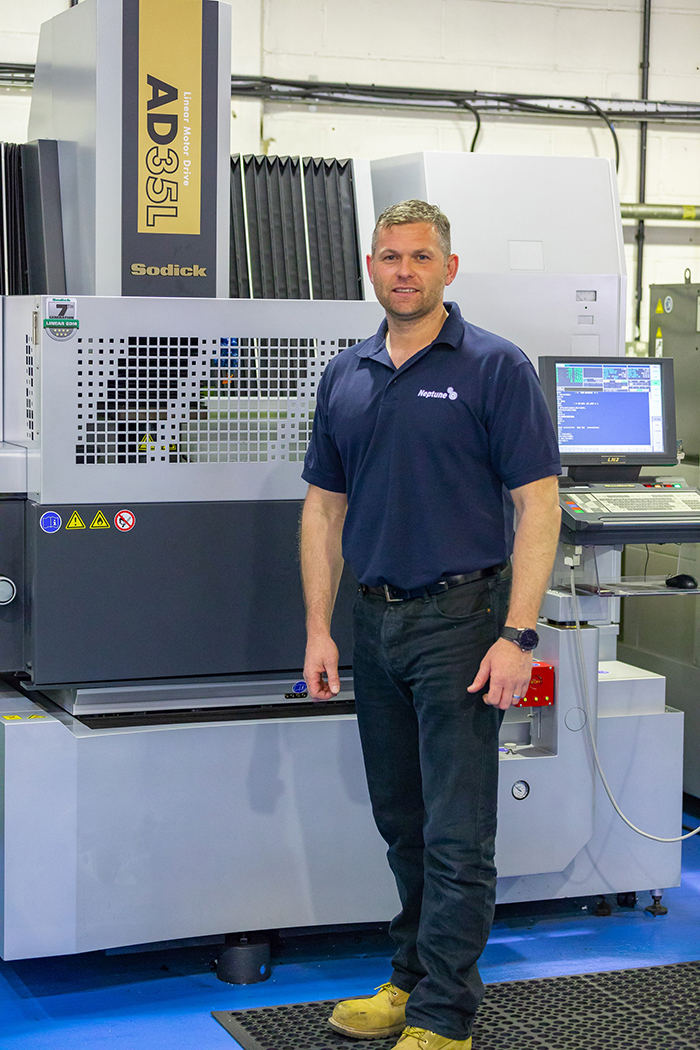 Hertford-based Neptune Engineering has continued investing in the latest Sodick die-sink technology by acquiring a new AD35L machine from Sodi-Tech EDM. By offering up to 50% more speed than the machine it replaced, the Sodick AD35L has eliminated a bottleneck and delivered important extra capacity to this progressive toolmaking specialist.

“Due to increasing order books we were encountering a bottleneck in our die-sink EDM processes,” states Mr Statham. “We had an ageing machine that needed replacing, so the decision was taken to invest. Having had such good performance from our existing Sodick machines over the past five years, we decided to return to Sodi-Tech EDM.”

The timing could not have been better

“The timing could not have been better – as the new Sodick is at least 50% faster than the machine it replaced, we have been able to process the tooling much quicker.”

Each mould tool and insert is complex, as plugs, sockets and switches typically contain features such as compound curvature, blended radii and freeform surfaces. The cavities and inserts produced by the new Sodick AD35L are all manufactured from tool steels such as H13 to tolerances within ±0.01mm. Moreover, the company typically seeks a “zero finish”, essentially a polished surface which does not require any secondary operations; a factor that is readily accommodated by the AD35L.

“Everyone wants tools that are quicker, cheaper and more accurate, and we can only achieve this by continuing to invest in the latest manufacturing technologies such as the Sodick AD35L. The machine has been spot-on since it arrived in terms of both speed and quality – the finishes are so good. We also experience far less wear in comparison with older machines.”