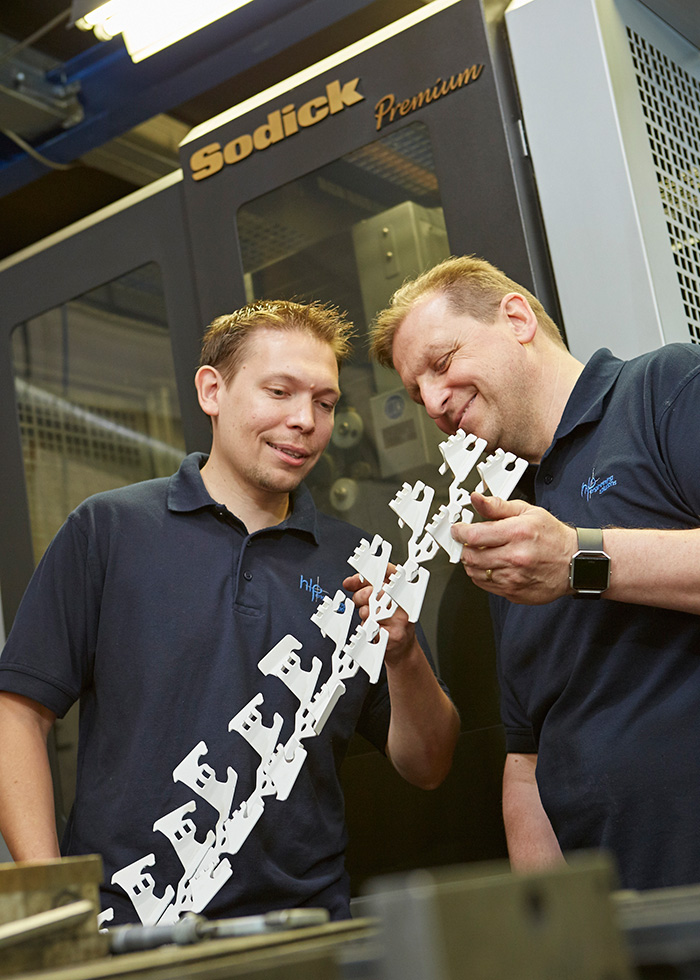 HLP Engineering Solutions, a specialist in press tools for the automotive industry, has invested in another Sodick wire erosion machine from Sodi-Tech EDM. The large Sodick AQ750L Premium not only provides more size and time capacity, but greater precision and around 25-30% more speed than the machine it replaced.

Based at Halesowen, HLP Engineering supplies tier-one automotive suppliers with multi-stage progression tools. Founded in 2009 by Luke Hobbs and his business partner Phil Littlewood, HLP has quickly grown to become a respected name in presstool manufacture.

“We started with no premises, machines or money,” explains Mr Hobbs. “A friend offered us some space in his unit and we bought a few pre-owned Sodick wire EDMs from auction. We were familiar with Sodick machines and they are tried and tested as far as we’re concerned. We also know the guys at Sodi-Tech and the level of support they provide.”

Progress at HLP soon accelerated. After a brief stint in a rented unit the company acquired its own premises. However, faced with yet more demand for its services, the company recently sought to expand its capacity even further.

HLP was particularly interested in a AQ750L Premium, a machine that was developed by Sodick in response to growing demand for large dies. The AQ750L Premium can handle a maximum workpiece 1050mm long, by 750mm deep, by 400mm high. In addition, up to 3000kg can be accommodated on the work table.

“The Jumbo feeder on the AQ750L Premium means we can load large spools of wire and run some of our longer jobs unmanned, out of normal working hours, which we are insured to do,” says Mr Hobbs. “This is one example where the new machine has moved us on the next level, along with precision and speed. I would estimate the new machine is 25-30% faster than the machine it replaced.”