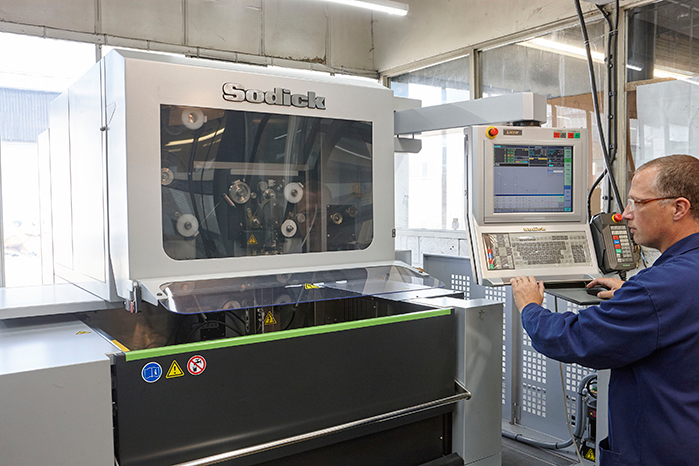 Harlow-based Lynar Manufacturing has replaced an ageing wire eroding machine with a new Sodick VL600Q from Sodi-Tech EDM, a move that has seen the company double its cutting speed, while simultaneously reducing wire consumption.

Lynar Manufacturing is a 10-employee, family-run business with a turnover in the region of £1.8 million. The company specialises in metal pressings, sheet metal assembly and finishing operations, predominantly for brackets and metal parts used in lighting circuits found on automotive trailers, everything from large articulated lorries down to 7.5 tonne trucks. Established for over 40 years, Lynar says it was one of the first companies in the UK to introduce wire eroding technology, and it continues to be recognised as a specialist in the field.

“We were probably spending around £5000 every quarter on repairing our previous wire EDM, which is a sum we are now saving,” states Mr Murrells, Tool and Design Manager at Lynar Manufacturing. “In addition to the increased cutting speed and reduced consumables costs, I wouldn’t mind estimating that the machine has already paid for itself.”