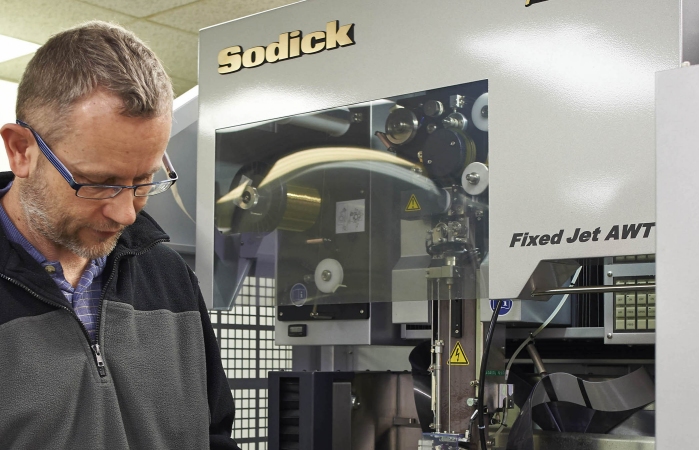 Until recently, the company operated five EDMs running virtually 24/7, some of which were approaching the end of the useful working life. “We considered a couple of new wire EDM suppliers, both of which matched our high performance demands,” explains the company’s Tooling Manager, Kevin Wells. “However, Sodi-Tech ran some cutting trials for us and as soon as we saw the samples they produced, our minds were made up.”

“Since the machine was installed in August 2013 it has mainly been used to produce tooling for surgical syringes for the medical sector,” says Mr Wells. “However, we are sometimes required to produce large press tools for other sectors which meant the size of bed and working envelope was important. As for speed, there really is no comparison with our existing machines. I would say we now cut twice as fast, and accuracy has also improved.”